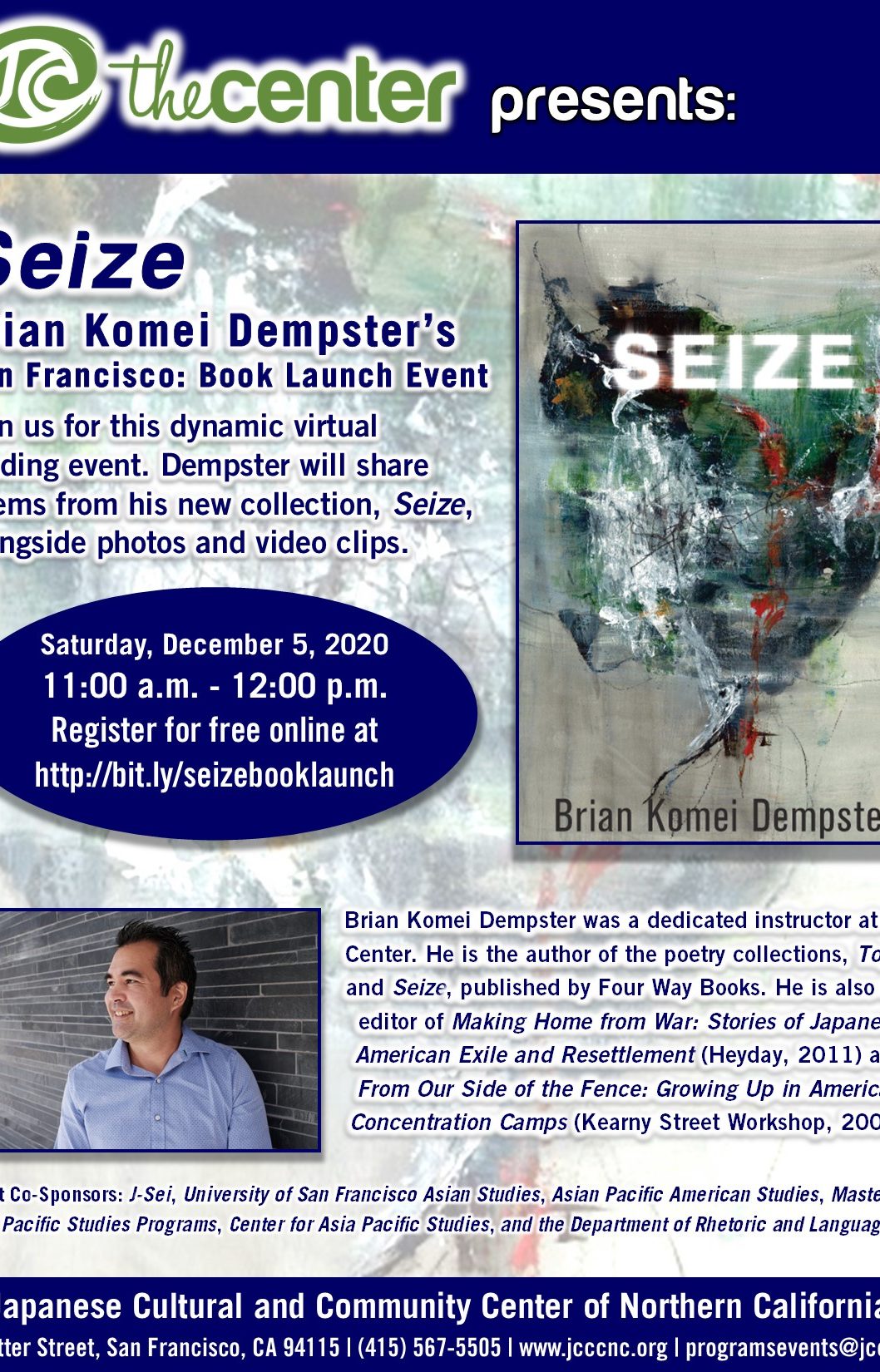 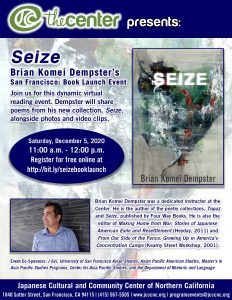 Seize, Brian Komei Dempster’s book of poetry following up on his book, Topaz, spares no one the highs and lows of fatherhood. The speaker struggles to care for his young and ailing child—a child whose many medical problems create an obstacle course of moral and emotional dilemmas. These poems also link his son’s physical and verbal seizure to the wartime story of his mother – just an infant when she and her family were forcibly removed from their church home in San Francisco’s Japantown and imprisoned in the Topaz WWII Japanese American incarceration camp. Other themes the book explores include mixed race identity, racial violence and PTSD of war veterans.

About Brian Komei Dempster: Brian Komei Dempster’s debut book of poems, Topaz (Four Way Books, 2013), received the 15 Bytes 2014 Book Award in Poetry. Seize, his second collection of poetry, was published by Four Way Books in fall 2020. Dempster is also the Editor of Making Home from War: Stories of Japanese American Exile and Resettlement (Heyday, 2011) and From Our Side of the Fence: Growing Up in America’s Concentration Camps (Kearny Street Workshop, 2001), which received a 2007 Nisei Voices Award from the National Japanese American Historical Society. He is a professor of rhetoric and language at the University of San Francisco, where he serves as the Director of Administration for the Master of Arts in Asia Pacific Studies program and a former instructor of our Senior Writing class. For more on Brian Dempster, go to: briankomeidempster.com