For over two decades the Japanese Cultural and Community Center of Northern California (JCCCNC) has been a leader in creating and organizing annual cultural and grassroots exchange programs to Japan as an opportunity to improve the relationship between the United States and Japan in particular as it relates to the Japanese American community.

The JCCCNC has introduced a diverse audience of all ethnic backgrounds to the people and culture of Japan in particular with our sister city Osaka as well as Kobe Japan. Some are first time travelers, while others have made numerous trips on a regular basis.

Although the JCCCNC’s activities and communication with Japan began in the late 1980’s through the encouragement and support of then Consul General Shunji Yanai and former Consul General Ryozo Kato to address the economic tension between the two countries, regular grassroots programs began to emphasize the importance of improved understanding that can only be gained by traveling to Japan. These programs began with the Kristi Yamaguchi Goodwill Tour in 1994 and include Shinzen Nikkei Youth Goodwill Program, annual cultural tours to different prefectures, San Francisco-Osaka Sister City programs, Nikkei Youth Cultural Heritage Program, Takahashi Youth Ambassador Leadership Program and programs related to support recent disasters In Kobe and Tohoku.

A year after Kristi’s visit, in 1995, the Great Hanshin Earthquake occurred in Kobe. Because of her visit to the area and the wonderful memories from her trip, Kristi did not let this tragic event go unnoticed. She immediately and generously donated to the relief efforts organized by the JCCCNC, which raised over $600,000 and shipped over one and a half tons of relief goods directly to citizen relief efforts to provide emergency supplies and monetary donations to the local YMCA branches in Kobe and Osaka, the City of Osaka as well as to two orphanages in Kobe City whose buildings were totally destroyed.

On March 11, 2011, the JCCCNC immediately established the Northern Japan Earthquake Relief Fund to aid the survivors of the Great Eastern Japan Earthquake, tsunami, and subsequent nuclear disaster. The Relief Fund plan is a three-fold plan for relief, recovery and rebuilding, which is believed to take more than five years. The campaign - a community and volunteer driven effort - grew to become the largest Japanese American community based relief fund in the United States with over 12,000 donors, 25,000+ members on Causes.com, and more than 300 events raising over $4 million.

The Japanese Cultural and Community Center of Northern California (JCCCNC) has been conducting annual cultural tours to Japan for 20 years.  The goal of each tour is to provide travelers with an authentic and unique experience of the regions they visit by engaging with local residents, artisans and merchants. Tours include learning about regional foods, history, local traditions and handicrafts of the places visited. Each year, a different theme and region is selected to give participants an enjoyable journey to lesser known areas of the county and to explore different historical and cultural sites.

The initial tour in 1997 was created under the guidance and support of Tomoye Takahashi of Takahashi Imports. As a successful businesswoman who imported a great array of local Japanese crafts, ceramics and antiques, Mrs. Takahashi made several trips to Japan per year starting from the 1950’s visiting artisan towns and was introduced to many local traditions and regional specialties. She therefore wanted to find a way to share her knowledge with other Japanese Americans and fully supported the JCCCNC’s interest in a Cultural Tour.

The Center works with Japan Airlines (JAL), our preferred airline to Japan, and Kintetsu International in San Jose (California) to secure the best possible hotel, air and travel packages to Japan, with each tour carefully planned, coordinated and lead by Diane Matsuda, a longtime volunteer, who has been leading JCCCNC tours since 1997.

This fall, the Center will explore the Kyushu region during its Fall Cultural Tour to Japan to experience the beauty, culinary treats and historic sites of the area. 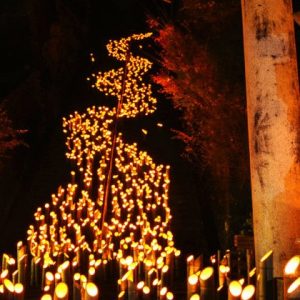 The tour, being organized and led by volunteer Diane Matsuda, will travel through the Prefectures of Oita, Fukuoka, Saga and Nagasaki.  Participants will be able to witness the magic of the Taketa Bamboo Festival where 20,000 bamboo lanterns light up the town for three special nights of the year for a once in a lifetime experience. The group will then venture to the town of Hita, known as the “Little Kyoto” of Oita before heading to Kyushu’s largest city in Fukuoka.

The adventure will continue to the famous town of Arita in Saga Prefecture where the entire area sponsors a festival featuring their famous Aritayaki porcelain ware. The tour will conclude in Nagasaki, the site where the second atomic bomb was dropped during World War II and a beautiful city known for its European influence and its advocacy for a world of peace. 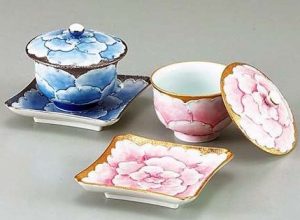 The tour will fly into and depart from Tokyo Haneda Airport on Japan Airlines, the JCCCNC’s preferred airline to Japan. Tour logistics and activities have been arranged through Kintetsu International.

*Price does not include fuel and tax charges (approx. $350/pp), and is approximate based on minimum number requirements. Add’l (4%) fee for credit card use.

PLEASE BE ADVISED that public transportation will be used througout the tour which will require participants to be able to walk in each city, to/from activities and sites and up/down stairs and some slight grades, as well as be responsible for your own luggage.  It is recommended that you contact the Center if you feel that special requirements are needed for your travel.