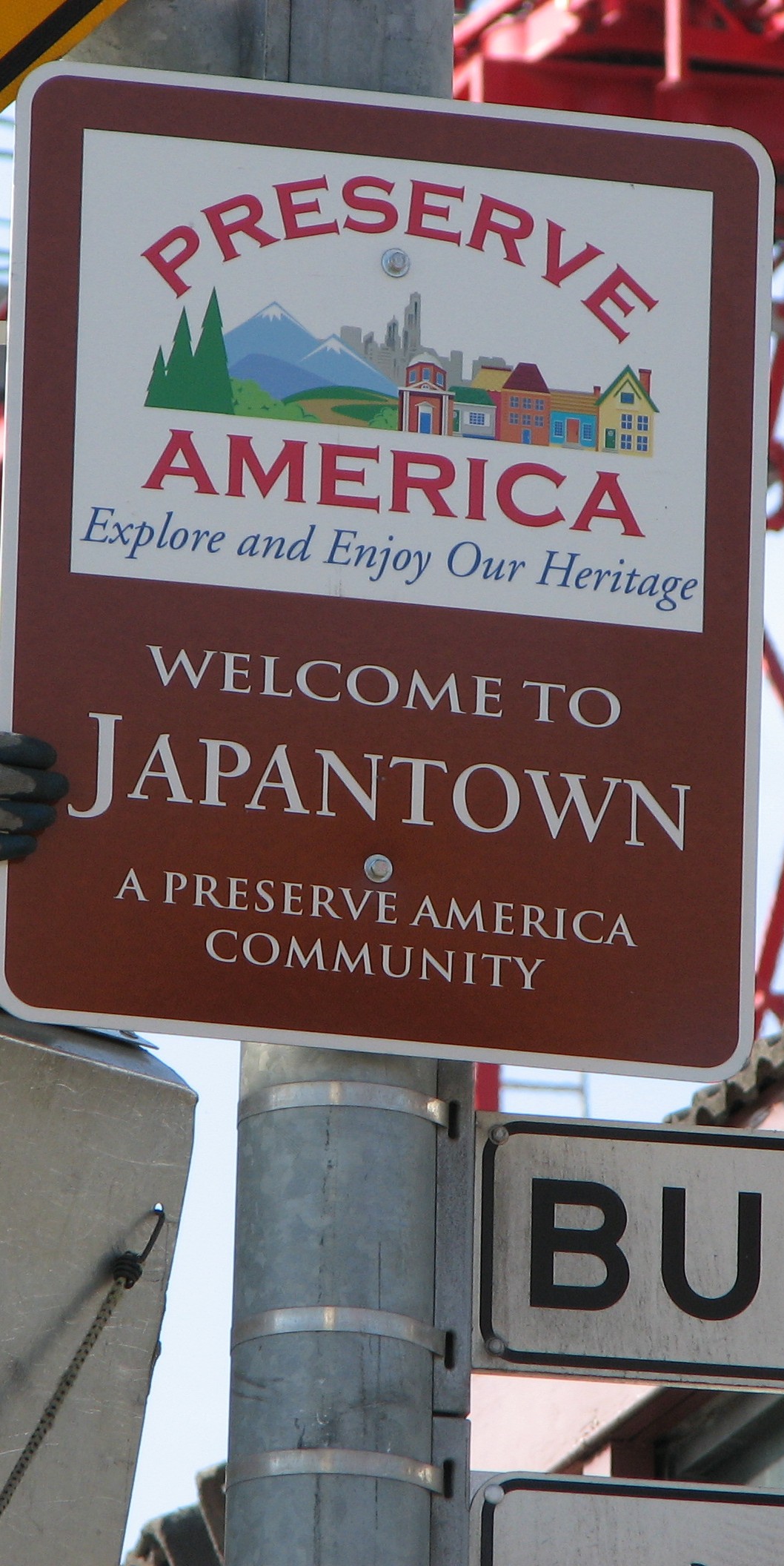 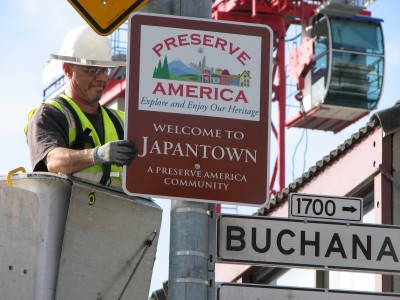 San Francisco’s Japantown was honored in March 2008, when First Lady Laura Bush, Honorary Chair of the Preserve America initiative, designated it as one of the nation’s newest Preserve America Communities.

“Preserve America Communities demonstrate that they are committed to preserving America’s heritage while ensuring a future filled with opportunities for learning and enjoyment,” Mrs. Bush said. “This community designation program, combined with the Preserve America Grant Program, Preserve America Presidential Awards, and other federal support, provides strong incentives for continued preservation of our cultural and natural heritage resources. I commend you for your commitment to preserving an important part of our nation’s historic past for visitors, neighbors, and, most importantly, for children.”

Paul Osaki, Executive Director of the Japanese Cultural and Community Center of Northern California (JCCCNC), received a letter dated March 27, 2008, and will also receive a certificate of designation signed by Mrs. Bush announcing San Francisco’s Japantown is now a Preserve America Community. “We are very proud to be one of the few neighborhoods in the nation and the first in San Francisco to be bestowed with this designation. The review committee was impressed with the JCCCNC’s past efforts and on-going community preservation programs such as the Japantown History Walk and the California Japantowns Landmark, as well as receiving many letters of support from community organizations, politicians and dignitaries including Ambassador Kato. The San Francisco’s Japantown community should be proud of its history and this special designation,” stated Osaki.

Along with San Francisco’s Japantown, Little Tokyo in Los Angeles was also awarded.

Communities designated through the program receive national recognition for their efforts in addition to benefits that include the right to use the Preserve America logo on signs and promotional materials; eligibility for Preserve America Grants; notification to state tourism offices; and listing in a web-based directory that showcases San Francisco’s Japantown preservation efforts and heritage tourism destinations. Preserve America Communities are also featured in National Register Travel Itineraries and in “Teaching with Historic Places” curricular materials created by the National Park Service.