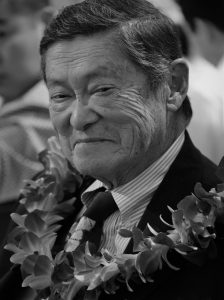 The Center is honored to announce a $30,000 matching gift in memory of the late Nobusuke “Nob” Fukuda, former Center President and longtime community leader. The gift was graciously provided by the family of Nob Fukuda as a way to honor Nob’s legacy and inspire others. With donations matched by this gift, the Fukuda family hopes to encourage contributions to support the Center’s Japanese American History Archives - Seizo Oka Collection (JAHA) Renovation Project.

Nob Fukuda was a visionary leader who helped make the Center the most important gathering place in Japantown. As President, he led the Center during a transformative period, which included taking on a two-million-dollar loan to embark on the second phase of construction for the community hall/gymnasium while still paying the mortgage for the main building. This bold undertaking became the most significant community campaign in the history of Japantown. As a direct result of Nob’s leadership and dedication from 1987-1993, the Center would pay off its 30-year mortgage in just six years.

“I will always remember that it was under his leadership that our community, and generations to come, will have this place to gather and feel at home,” said Paul Osaki, the Center’s Executive Director.

The Fukuda Family believes that supporting the JAHA Renovation Project is most fitting to honor Nob’s legacy. Once the renovation is completed, it will provide a new, expanded, environmentally safe and user-friendly archival room, a renovated multi-purpose space, a Japantown walkthrough experience and an archive research room. It will be a place for all generations to learn about and honor their history and trace their roots.

All donations received in memory of Nob Fukuda will be put towards the match. For more information, please call us at (415) 567-5505 or email development@jcccnc.org.

How to support the Nob Fukuda Matching Gift Campaign: 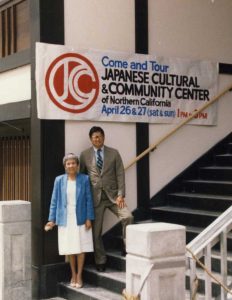 Nob with Edith Tanaka at the Open House in 1986

“I hope that a few generations from now that Yonsei and their children will still be coming here because of their sense of culture and the importance to maintain the identity that their parents and grandparents have had.” - Nob Fukuda 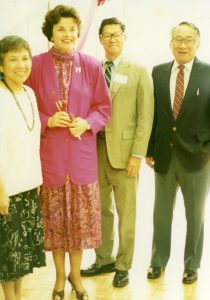 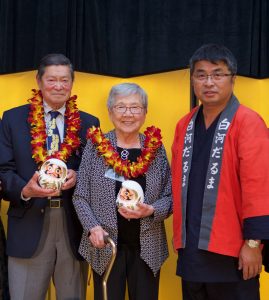