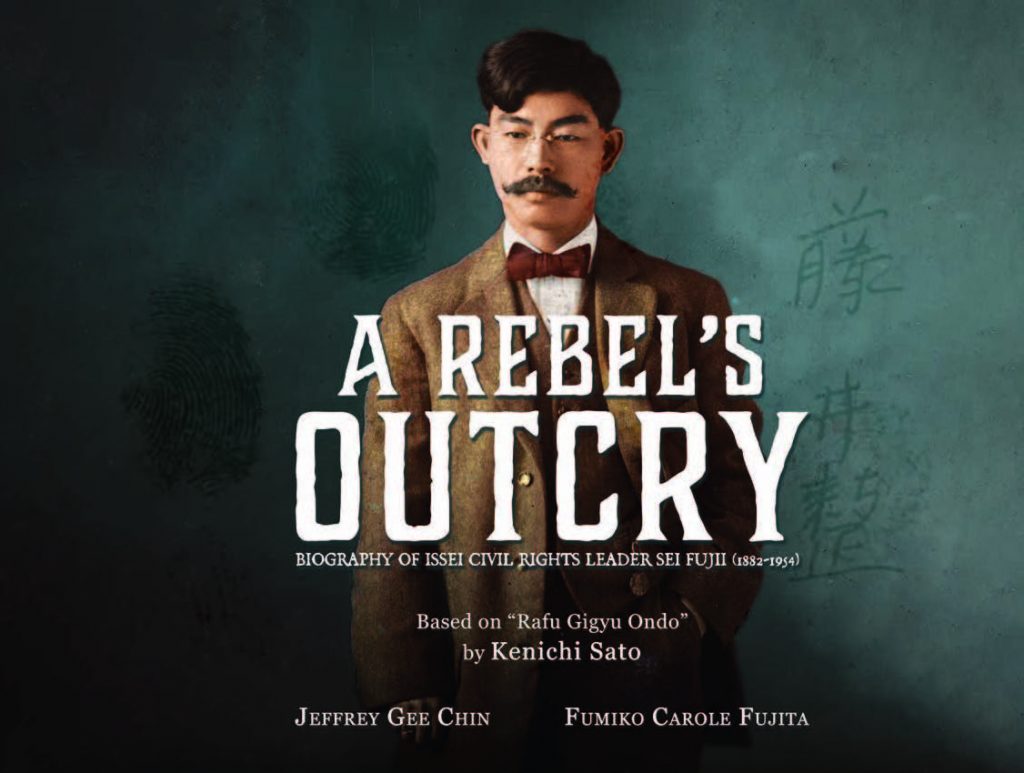 Japanese American periodicals have played a critical role in informing and representing the community before, during, and after WWII. In times when the Nikkei community was silenced by racially-biased laws and incarceration, periodicals provided the opportunity to have their voices heard. This program explores the nuances of this representation, and the role of the press back then as well as its impact today. Selected discussion topic is the life and legacy of Sei Fujii, Issei civil rights activist and founder of the bilingual Kashu Mainichi (The Japan California Daily News). Panelists include Brian Niiya, Ellen Endo, Bill Watanabe, and Jeffrey Gee Chin, moderated by Denise Dador. Audience Q&A to follow.

About Moderator Denise Dador
Denise Dador is the Eyewitness News Health specialist whose Circle of Health reports can be seen on ABC7 Eyewitness News in Los Angeles, California. Since joining ABC7 in 1998, Denise’s mission has been to help Southern Californians improve their lives with timely medical information and advice. Throughout the coronavirus pandemic, her stories played a pivotal role in helping Angelenos navigate their changing world. Besides volunteering to help groups that fund medical research and patient care. Denise also represents KABC in her work with various Asian Pacific Islander and Filipino-American community organizations.

Denise grew up in San Francisco. She attended Long Island University in Brooklyn and graduated from Mills College with a degree in communication. At WXYZ-TV in Detroit, she anchored the weekend news and hosted a weekly talk show. At KMPH in Fresno, she was the main anchor of their 10pm news.

Denise has received numerous journalism and community service awards including national recognition for her work with Asians for Miracle Marrow Matches. She received Emmy awards for News Feature Reporting and Outstanding Children’s Programming.

Outside of work, Denise is a wife and mother of a teenaged son and daughter who both have big dreams. While she would like to say she is an avid runner or skier, streaming historical documentaries and period dramas has become her latest obsession.

About Panelist Ellen Endo
Ellen Endo is a lifelong journalist and former senior level executive in the motion picture and television industry. She is also a community volunteer, serving as Little Tokyo Business Association president, and board member with the Little Tokyo Community Council, Friends of Manzanar, and Arts District Little Tokyo Neighborhood Council.

About Panelist Jeffrey Gee Chin
Jeffrey Gee Chin grew up in Marin County and is an Honors Graduate of UC Berkeley’s Film Studies and MFA Alumnus of USC’s School of Cinematic Arts. His mission is to share the untold stories of immigrant pioneers who have changed the fabric of the United States.

In 2005, Jeffrey traveled to China with the Chinese Cultural Center of San Francisco’s In Search of Roots Program. Eleven Chinese-Americans were chosen to visit their ancestral villages in Guangdong Province. Jeffrey produced a documentary on the journey; excerpts were screened on ABC’s Good Morning America.

In 2009-2013, Jeffrey directed the flagship new media documentaries for Angel Island Immigration Station, the “Ellis Island of the West” promoting the narratives of immigrants from China, Russia, Philippines, and India. His documentaries screened on San Francisco Government Television and at the Walt Disney Family Museum.

In 2013, he screened his first narrative short film “Lil Tokyo Reporter” which stars Academy Award-Winner Chris Tashima as Civil Rights Leader Sei Fujii. The film breathes life into the world of 1930’s Los Angeles and the journey of a Japanese newspaperman who must fight the corruption within his own community. The film won over 21 awards and screened with the U.S. State Department in South Korea, China, and Japan.

Jeffrey also led many projects to honor Fujii’s legacy through Historic Designation, building a Memorial Lantern, publishing of a Graphic Novel and Biography, and successfully petitioning for his Posthumous Law License.

From 2016-2019, Jeffrey assisted and 2nd-Unit directed for Director John Singleton, working on commercials, and television shows “Billions” (Showtime) and “Snowfall” (FX). Singleton mentored Jeffrey in his process to bring under-represented communities to the forefront of media.

Jeffrey’s first feature film “Mosagallu”, a heist film that traces two siblings who scam America for over $381 million dollars – based on true events. This production is one of the first U.S.-Tollywood Co-Productions and stars some of the most celebrated talent in South India.

Currently, Jeffrey is launching a biography on historic civil rights leader Sei Fujii (1882-1954) with the Little Tokyo Historical Society. Fujii was a man who fought to build unions, led campaigns for racial unity, and overturned two major supreme court cases, despite being targeted as an “Enemy Alien” during WWII. The book includes historical photographs, documents, and original artwork.

About Panelist Brian Niiya
Brian Niiya is a Sansei born and raised in Southern California to Nisei parents who were born and raised in Hawai’i. His maternal grandfather was one of the small number of Japanese Americans from Hawai’I who were interned, and his mother’s family went to Japan on an exchange ship during the war. Brian is a graduate of Harvey Mudd College and holds an M.A. in Asian American Studies from UCLA. His professional life has been dedicated to Japanese American public history and information management, having held various positions with the UCLA Asian American Studies Center, the Japanese American National Museum, and the Japanese Cultural Center of Hawai’I that have involved managing collections, curating exhibitions, developing public programs, and producing videos, books, and websites. He has published many articles on Japanese American history in a variety of academic and mainstream publications and is the editor of the online Densho Encyclopedia, which draws on his prior Encyclopedia of Japanese American History, published in 1993 with a second edition in 2000.

The Tadaima Virtual Pilgrimage is a collaborative online programs coordinated by the Japanese American Memorial Pilgrimages (JAMP) along with dozens of partnering community organizations and individuals throughout the Japanese American and Nikkei communities. Tadaima was first held in the summer of 2020 as a response to the many in-person community pilgrimage programs at the various WWII WRA incarceration camp sites throughout the country that were canceled due to the COVID-19 pandemic, and resulted in 9 weeks of daily virtual content and programs for the public to explore the impact and legacies of the Japanese American community’s wartime experience.

Tadaima 2021 will expand upon Tadaima 2020 to address identity, indigeneity, and intersectionality as they relate to the WWII incarceration of Japanese Americans. This program will showcase Japanese American artists, live panel discussions featuring a diverse collection of speakers, and opportunities to engage in meaningful discussion for Nikkei and allies alike. Tadaima 2021 is a collaborative effort between Japanese American and ally organizations worldwide. This year we hope to forge new connections within and around our diverse Nikkei community, to rebuild relationships fractured by intergenerational trauma, and to begin the journey to healing collectively through mutual respect and understanding. To see the full schedule of programs and to register for additional Tadaima online events, go to: https://www.jampilgrimages.com/tadaima2021.