In her next cooking workshop with the Center, LA-based food writer Sonoko Sakai will be coming to us virtually via Zoom to talk about her new cookbook, Japanese Home Cooking: Simple Meals, Authentic Flavors, and show you how to make curry from scratch, using fresh whole spices and seeds. Sonoko will show how you can make your own spice blends and make a curry brick that is free of artificial preservatives or food coloring. Don’t miss your chance to cook with Sonoko virtually in her kitchen!

For those who wish to cook along with Sonoko from home, you can also order her curry making kits, as well as a copy of her new cookbook from her website at https://www.sonokosakai.com/jcccnc/curry-kit and https://www.sonokosakai.com/book-shop. The curry brick kits specially made for this webinar consist of 1 tin can of curry powder, 3 mini aluminum mini molds and a recipe card for the brick and curry.

Sonoko Sakai is a cooking teacher, food writer, author and producer based in Los Angeles and Tehachapi, California. She was born in New York, and raised in Tokyo, Kamakura, Los Angeles, San Francisco and Mexico City.

For more than 20 years, Sonoko worked in the film industry as a film buyer and producer traveling around the world while freelancing as a food writer.  In 2009, Sonoko decided it was time to leave the film industry. Sonoko went back to Japan to study noodle making as a way to restore her energy. She fell in love with soba (buckwheat) and the rest is history.

Sonoko has taught at cooking schools, community centers, farmers markets, universities and other institutions around the country, including the Bread Lab at WSU, King Arthur Flour Baking School, and Anson Mills and more. Sonoko has also worked as producer and  director for Cool Japan and other events to promote Japanese food and culture here in the United States and abroad. 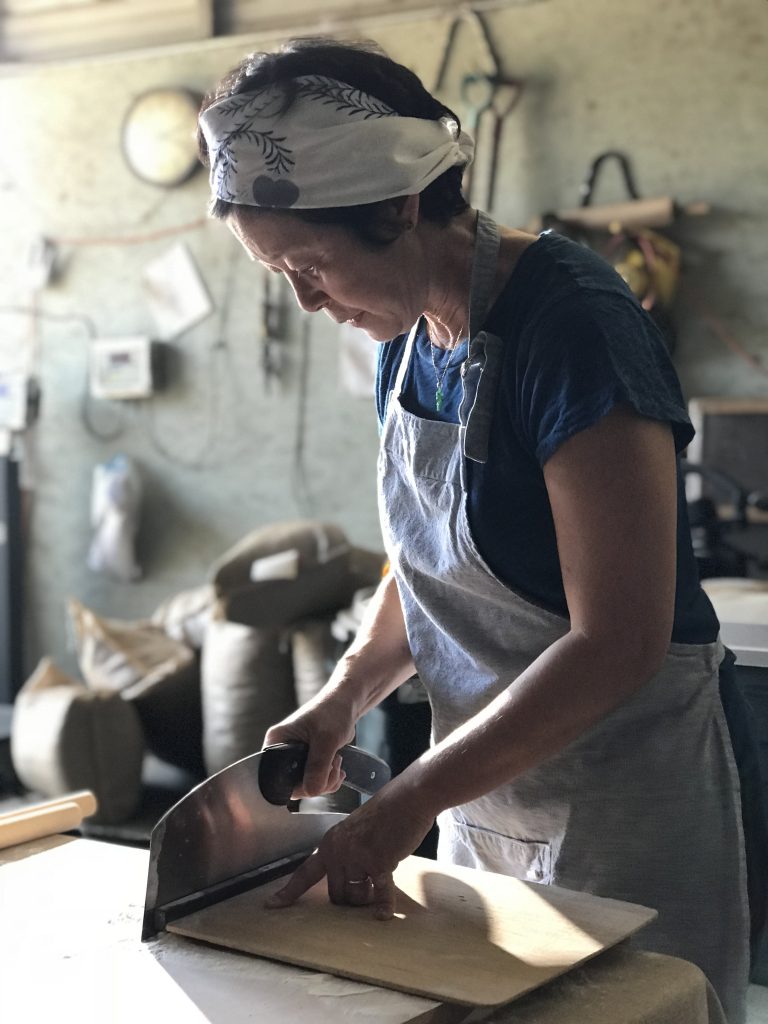 In 2011, Sonoko received a seed grant from Anson Mills to start a community grain project in Southern California with a mission to diversify the way we grow food, deepen our appreciation for food and culture, with grains and plants at the heart with the ultimate goal to restore the health of our planet.

For more information on Sonoko and her other cooking classes, books and home cooking kits, go to her website at: http://sonokosakai.com