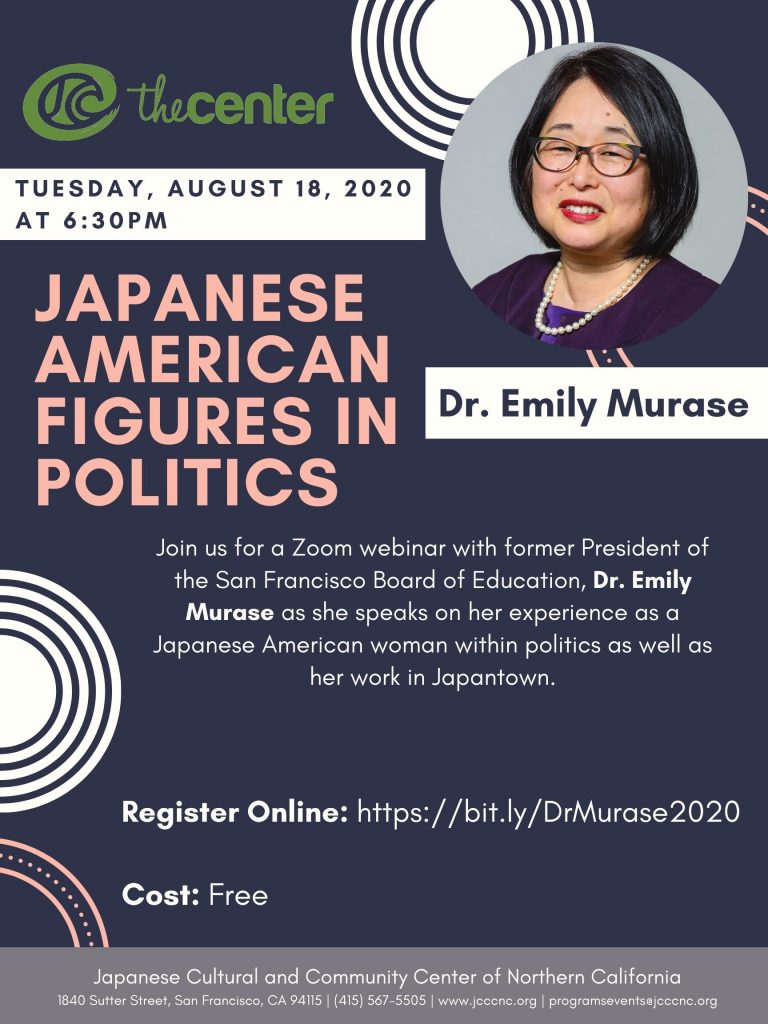 Sign up for this webinar featuring former San Francisco Board of Education President, Dr. Emily Murase, who will be speaking on her career as Japanese American politician in San Francisco.

Hosted by the Center, Dr. Murase and webinar guests will engage in an interactive discussion and Q & A which will draw upon Dr. Murase’s Japanese American experience within American politics.

Dr. Emily Murase is a prominent figure and leader within San Francisco and the Japanese American community. As former School Board President, twice elected, she supervised the budget of $890 million in public education for 57,000 students in 136 schools served by 10,000 district employees. Within her work, she drove anti-bullying efforts and championed world languages.

Previously, she led the San Francisco Department on the Status of Women for over 15 years, managing a budget of $10 million, a pioneer in her profession. Dr. Murase has also served in the first Clinton White House as Director for International Economic Affairs (1993-1994), the Federal Communications Commission, and AT&T Japan in Tokyo.

Dr. Murase has served on the Japanese American Citizens League (San Francisco, Tokyo, Washington D.C. Chapters) and is currently on the boards of Democratic Women in Action and the San Francisco-Osaka Sister City Association.