Learn a few facts about Japanese and Japanese American cultural terms and traditions.

During the New Year’s Holiday in Japan, it is a tradition to play hanestuki, a badminton type game.Participants use a hagoita (beautifully decorated paddle that is also a good luck charm), to hit the hane (ball), which is made from a soapberry nut and pretty bird feathers. The act of hitting the hane is said to help expel bad luck.

Warriors considered the cherry blossom to be a symbol of a life to live fully, no matter how short. The Japanese celebrate its arrival in Spring with an annual festival where friends gather under the trees to enjoy sake (rice wine), sing songs and celebrate the coming of Spring. 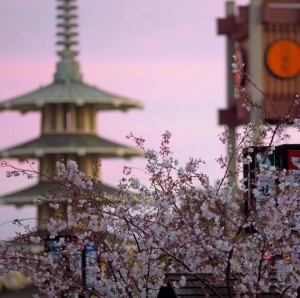 The custom of Hanami has existed since the 7th century as aristocrats wrote poems and enjoyed the beautiful scenery of the Sakura. During Japan’s feudal period, the Sakura became the symbol and code of the Samurai. At the start of the Meiji-era, Emperor Meiji insisted that all Sakura trees be cut down so their would be no reminder of the feudal period. Fortunately, the tradition has returned and groups of friends, family and co-workers enjoy the Hanami by having picnics under the blooming Sakura trees. 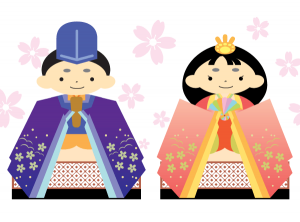 Kodomo no Hi is a national holiday in Japan which takes place on May 5. It is a day to celebrate the happiness of children. Until recently, May 5 was Tango no Sekku (Boy's Day). Traditionally families with boys fly koinobori or carp-shaped streamers outside their homes, eat rice cakes or kashiwamochi and display warriors in their traditional armor to represent bravery and strength.